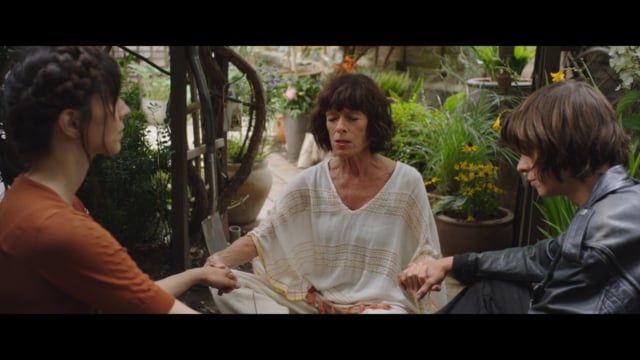 In their mid-30s, Eva (Oona Chaplin) and Kat (Natalia Tena) have a fun and carefree simple life in their London canal boat until Eva, inspired by her exceptional mother Germaine (played by her real mother Geraldine Chaplin), presents Kat with an ultimatum: she wants a child.

Kat resists, knowing that it will end the bohemian lifestyle that she’s always envisioned with Eva. When Kat’s best friend, Roger (David Verdaguer), drops in from Barcelona, the three of them toy around with the idea of creating a baby together. Kat sees no other way out but to say yes.

As the three begin to look forward as one family, their differing expectations of intimacy and responsibility put a heavy strain on their relationship and threatens to rip the three apart.

“A captivating character study that isn’t afraid to explore the darker corners of love.” – Glide Magazine

“Both [Oona] Chaplin and Tena emerge as incredibly versatile performers capable of intricate portrayals of the human experience. Both actresses are stunning to watch, and their chemistry is simply magical.” Glide Magazine