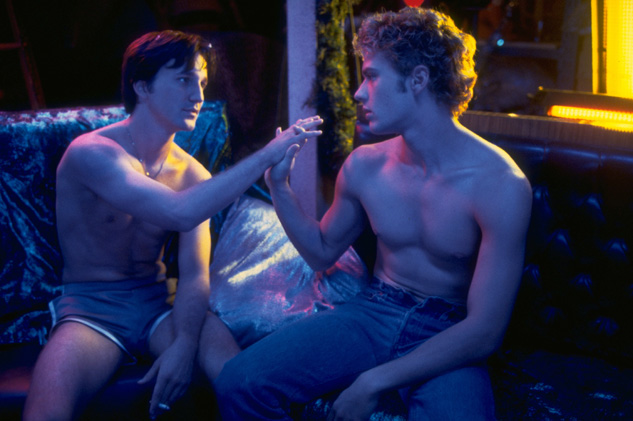 Sex, drugs, disco, and at the center of it all, a bisexual anti-hero (Ryan Phillippe as Shane O’Shea)… Sounds perfect for 2015, or an underground movie from the 1960s. But in 1998 when the film was originally released, some felt it might be too edgy for a wide audience. And so it was recut – one third went to the cutting room floor, and a half hour was reshot losing most of what was at the heart of the film:  the sex, drugs, and bisexual anti-hero. In fact, this new cut looked and felt like an entirely different movie that a producer dubbed “55.”  It could be said that 54 was ahead of its time. The world wasn’t ready for the real 1970s. But now, times have changed.