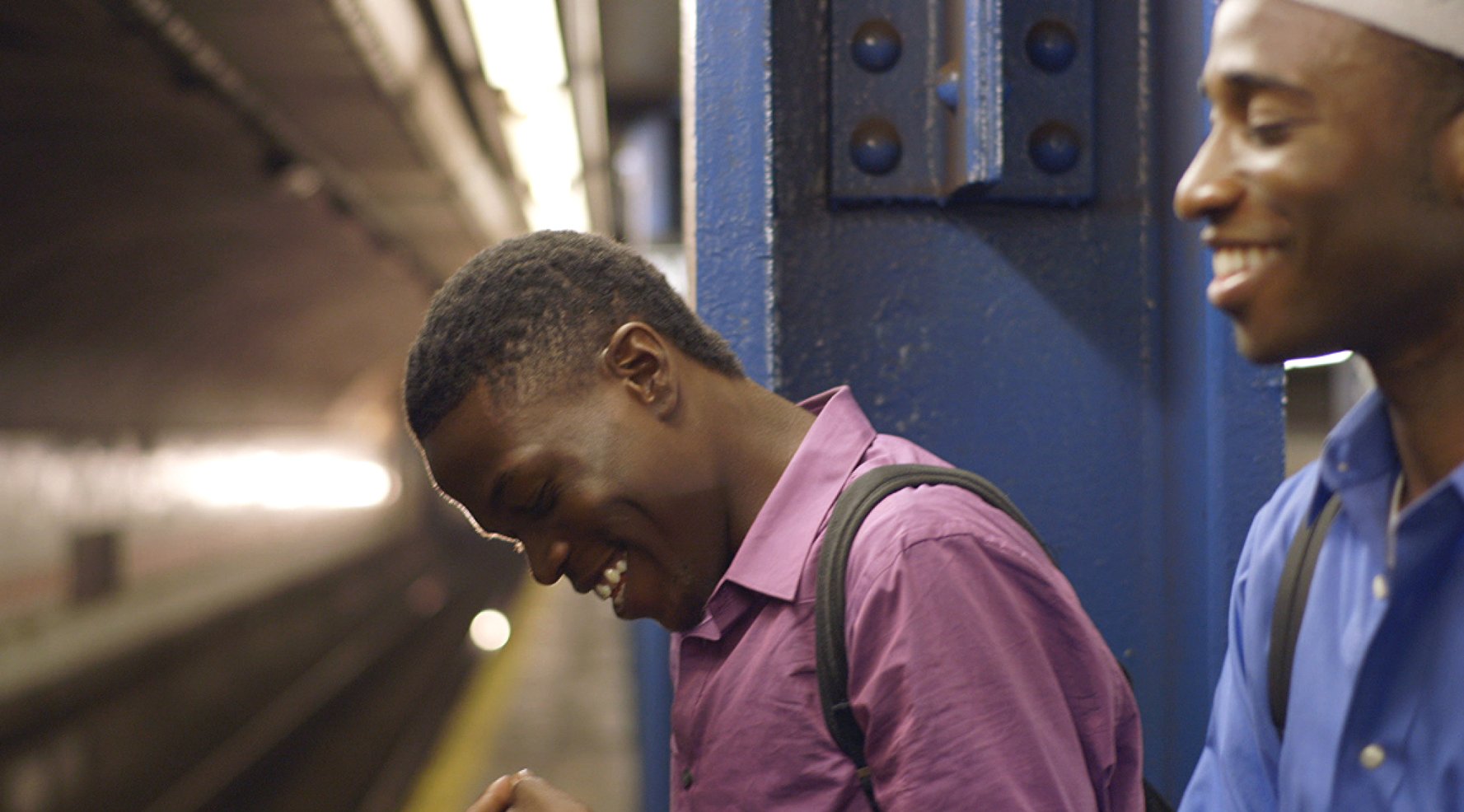 Two Muslim teens living in post 9/11 Brooklyn balance their mutual romantic attraction with their small-time scheming operation. Reserved Naz and outgoing Maalik have recently taken their relationship to a new level, though the teens have not declared their sexuality to family or friends. After a run-in with an undercover cop selling guns, they are put under surveillance by an FBI agent new to the Bedford-Stuyvesant area. This gripping and original story is inspired by writer and director Jay Dockendorf’s interviews with Muslims – some closeted gays – who were placed under FBI surveillance after 9/11.
Preceded by Caged (Lazlo & Dylan Tonk, 2013, Netherlands, 14 min) David is torn when he discovers his best friend Niels is gay.