We are happy to announce the Audience & Jury Awards today following the final tallying of ballots. 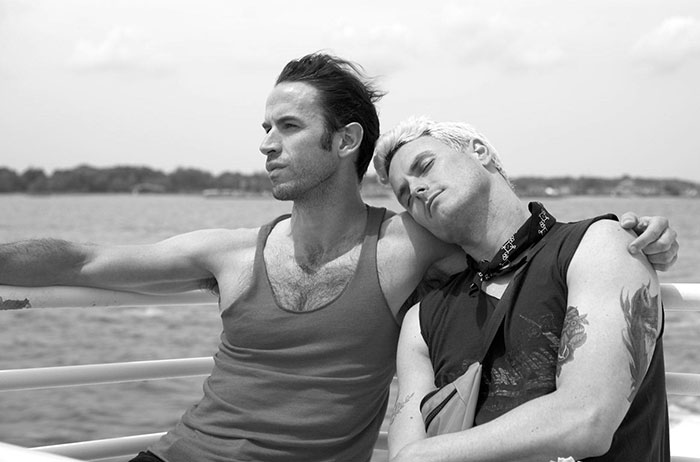 When his best friend and creative partner suddenly couples off and moves away, an ambitious New York drag queen determined for the limelight must reinvent himself or risk becoming an irrelevant solo act both onstage and off. 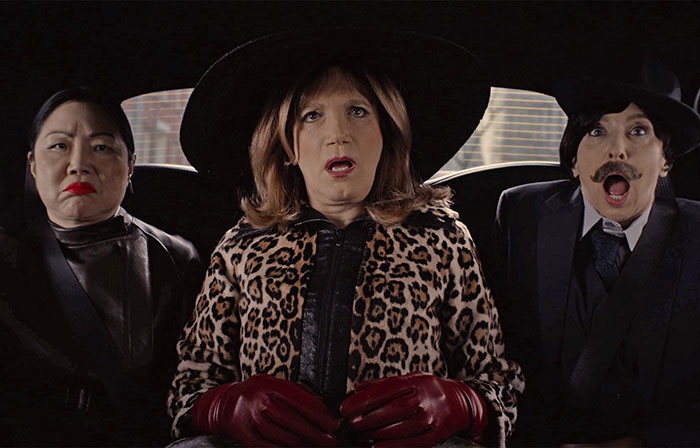 When the death of a close friend unearths the long-thought lost final reel of a classic Tod Browning horror film, Jimmy and his cohorts each concoct underhanded schemes involving false romances, drag personas….and maybe vampires?…to cash in on a big sale of the film. But can the urge to bring the moviegoing community together with this lost classic prevail over the desire to get rich quick? 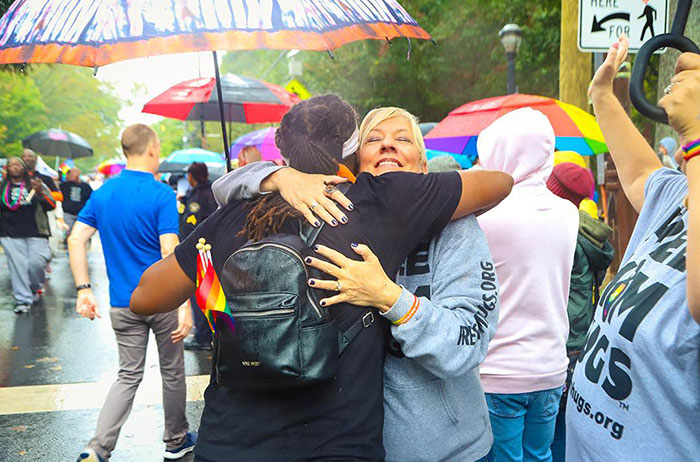 Mama Bears is an intimate exploration of two “mama bears”—conservative, Christian mothers who have become fierce advocates for LGBTQ+ people—and a young lesbian whose struggle for self-acceptance exemplifies why the mama bears are so important. 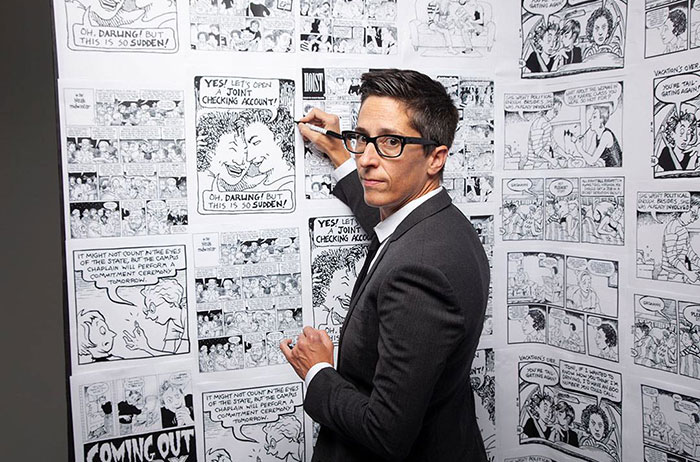 No Straight Lines: The Rise of Queer Comics
Directed by Vivian Kleiman

No Straight Lines chronicles the journeys of five scrappy queer artists from the margins of the underground comics scene to mainstream acceptance. 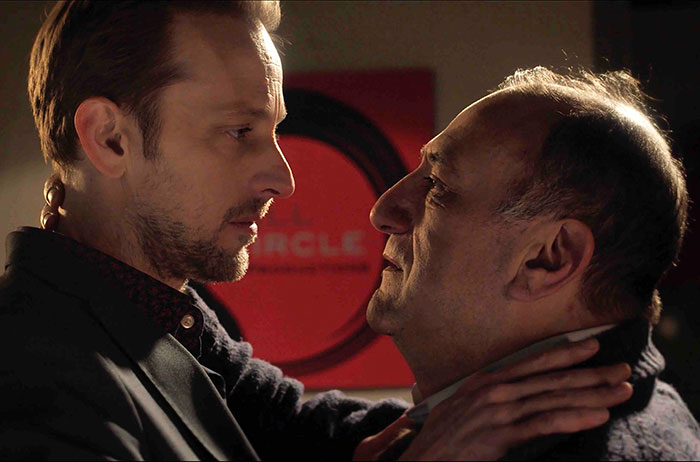 Dotting the "i"
Directed by Doug Tompos

In the shadows of an empty office, the poetry of an unlikely kiss helps two men - a modern-day Cyrano and a mid-life cynic - discover a love lost and a love never found. 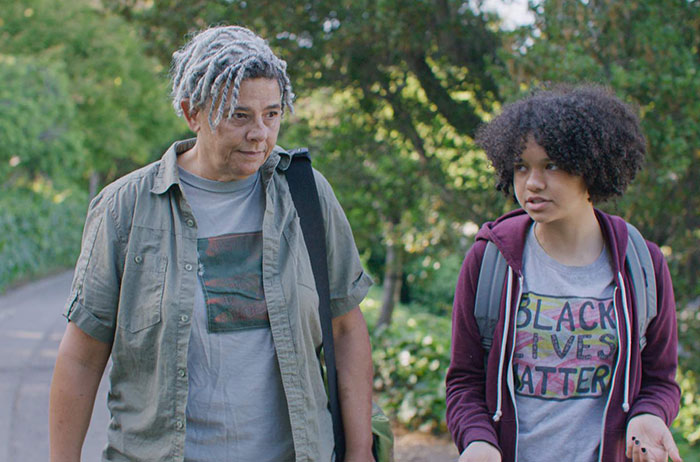 From X to Z
Directed by Florencia Manóvil

A cranky Gen X butch is forced to spend time with a genderqueer Gen Z’er. 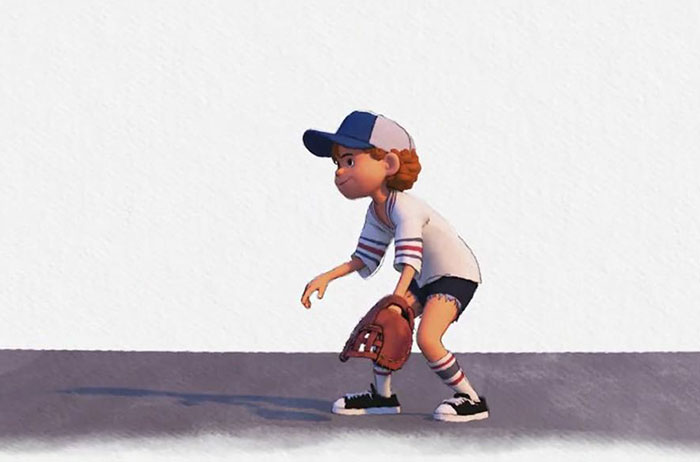 Pete is an animated short film based Cazembe Murphy Jackson (he/him), a Black trans activist living in Atlanta, Georgia, shares why his access to abortion was vital to his life.on a true story about gender identity. 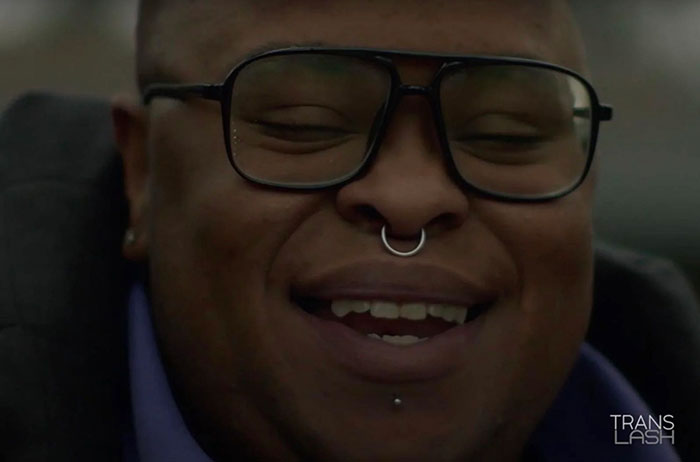 Cazembe Murphy Jackson (he/him), a Black trans activist living in Atlanta, Georgia, shares why his access to abortion was vital to his life. 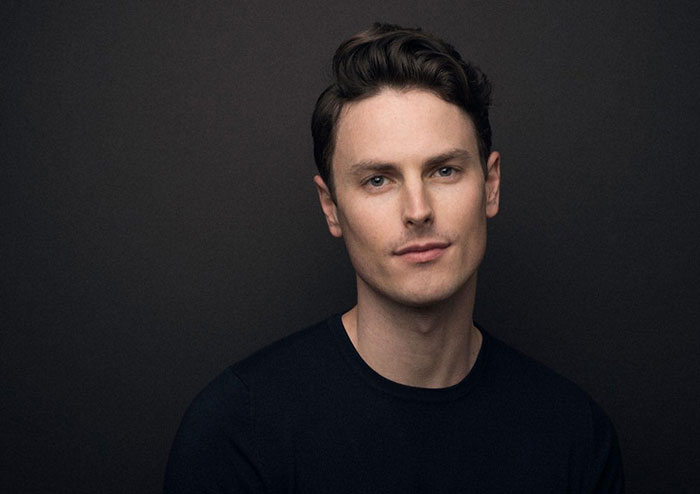 The Friends of the Festival Fund was established in 2009 through the estate of Alan Ira Dusowitz. This endowment trust helps fund film programming content for TIGLFF. In honor of Alan, TIGLFF will award a $500 cash prize to Best Emerging Filmmaker determined by a jury of industry and film professionals in qualifying categories.

“Chrissy Judy captures the side-effects of "main character syndrome," when it feels like everyone has moved on with their life and your story suddenly lacks the sheen that it used to. The queer spin on this classic rom-com style makes it feel relevant and alive, making something as frustrating and anxious as "queer time" into the stuff of fairy tales.” 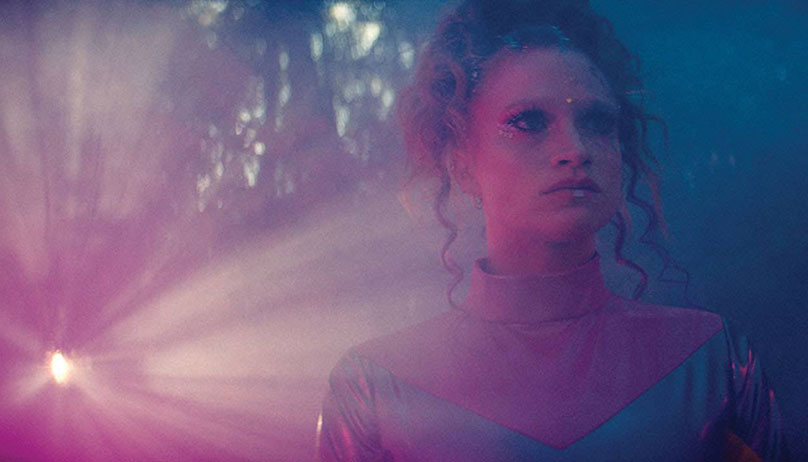 A curmudgeonly gay little-person and his unstable, alien-obsessed neighbor are thrown together on an impossible road trip that will alter their strange friendship (and their sense of reality) forever.

“This film is a dreamy, poignant exploration of the desire to find belonging in a world that doesn't have space for you. For this film's full-hearted and complex exploration of how the desire to be held at moments of great loss, or when everyone's turned their back, can be both sustaining and alienating" 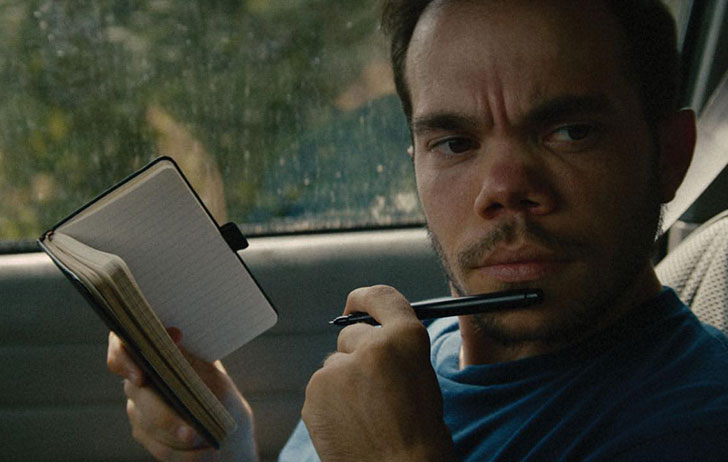 “Matthew delivers a pitch perfect performance as Peter, a person struggling with loss and guilt. Matthew is able to adaptly imbue their character with strength and vulnerability. There is not a false moment in their performance.“ 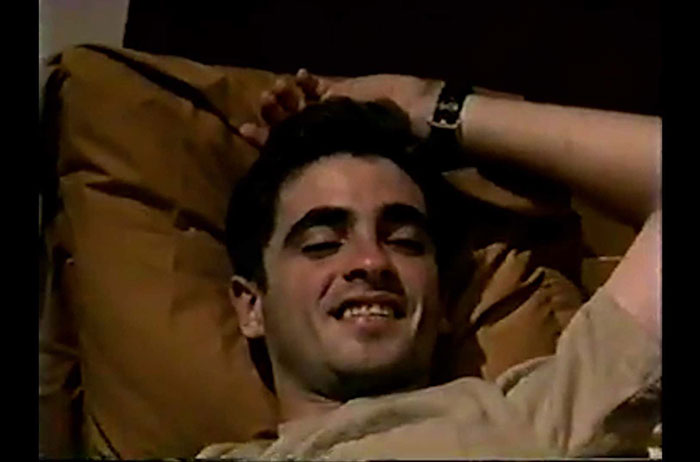 The story of Pedro Zamora, the charming young activist who transformed the face of AIDS in America by allowing MTV's REAL WORLD to chronicle his joy, his influence, and his journey with a disease that would ultimately kill him.

"This documentary not only explored America’s first reality TV series but also showed the general US population an insight into living with HIV. This documentary found a way to bring these two themes together to a new generation and to create a living history of a groundbreaking, brave man who should be an inspiration for everyone in tough times." 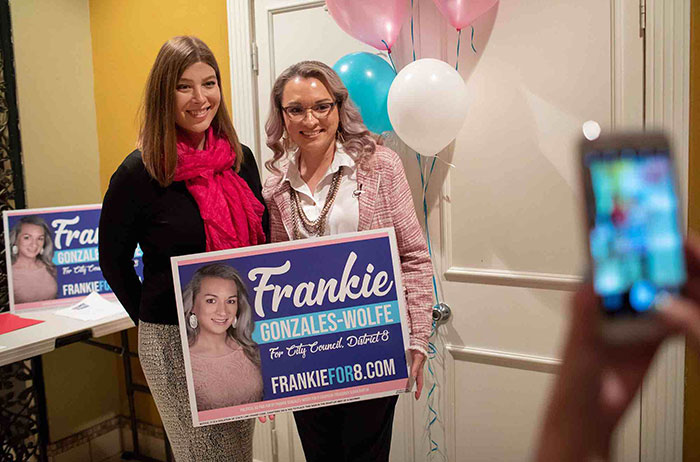 A Run for More
Directed By Ray Whitehouse

Frankie Gonzales-Wolfe goes on a personal journey and questions her relationship to her community as she runs for city council in San Antonio, Texas, and attempts to become the first openly elected transgender official in Texas.

"A film which is extremely poignant and relevant in a time when American politics seems to be rolling back more LGBTQ+ rights than it is giving." 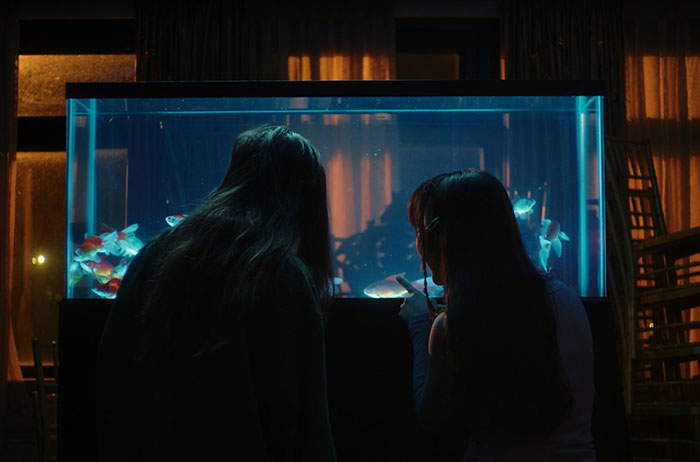 Two Asian-American teenagers meet in the bathroom of a Chinese restaurant while having dinner with their families. 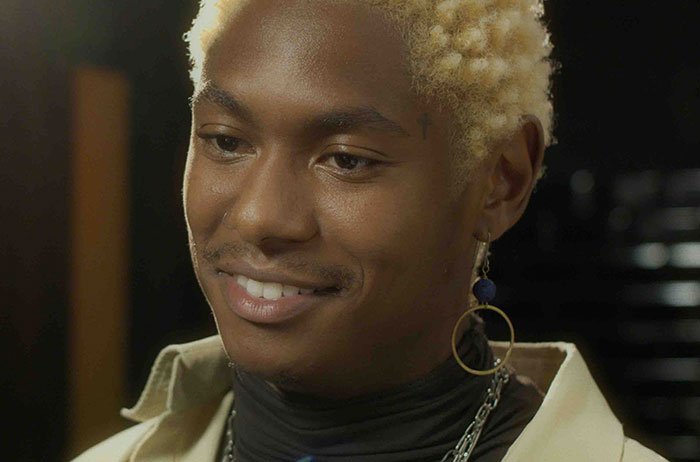 Matheus Campos
"Eduardo" in All the Awards I Never Gave You

An unexpected encounter between two young actors on the rise, in the bathroom of an award venue, brings up unresolved feelings and a love story that has possibly not come to an end yet. 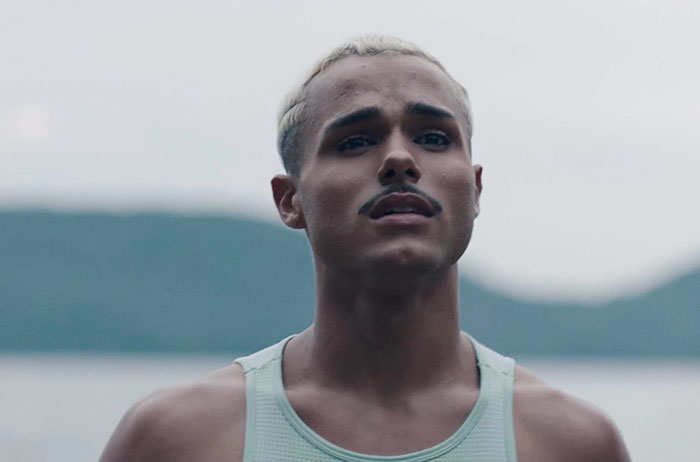 A chronically ill dancer finds tranquility in nature while on a camping trip with their boyfriend.

Pete is an animated short film based Cazembe Murphy Jackson (he/him), a Black trans activist living in Atlanta, Georgia, shares why his access to abortion was vital to his life.on a true story about gender identity. 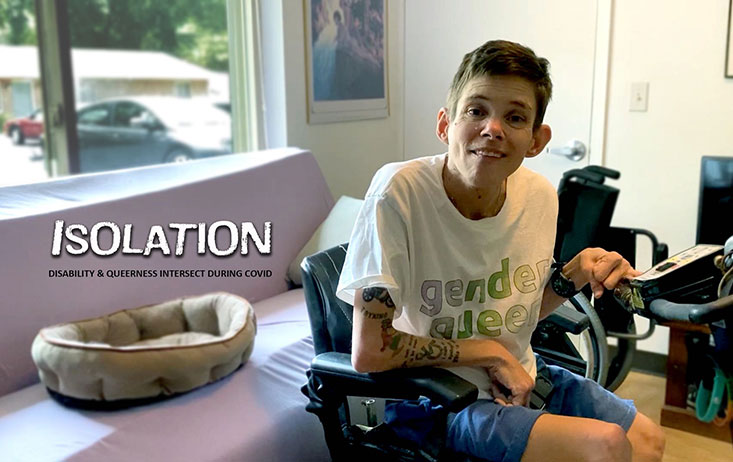 This short film introduces us to KC, a tomboy with cp, who escaped well-meant but oppressive over protectiveness to find fun freedom in their queer identity, until Covid threw them back into isolation.

Cazembe Murphy Jackson (he/him), a Black trans activist living in Atlanta, Georgia, shares why his access to abortion was vital to his life.