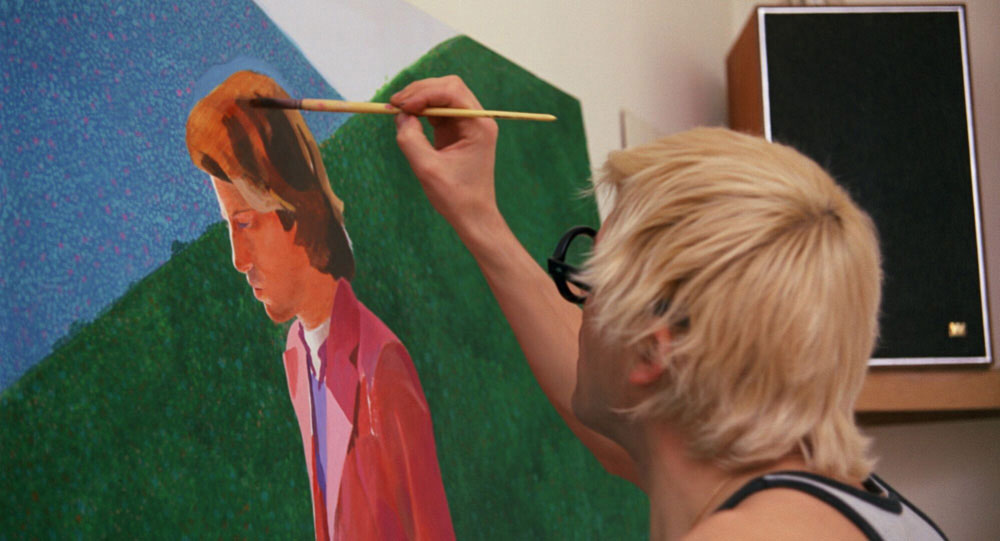 David Hockney, still fruitful at 81, is a great American artist. He also is gay. His paintings of nude men and sun-kissed landscapes, in southern California and elsewhere, are instantly recognizable as uniquely his own. In 1973, filmmaker Jack Hazan documented Hockney’s evolving relationship with a young man who was once his lover and remained his muse. The reissued movie, as a New Yorker film critic wrote this year, “…is cool with nakedness. Hockney, of all people, is aware that averting one’s gaze from the nude male form…means shunning a theme that has threaded like a vine through the history of art. [Hazan] proceeds from the nude to the nude — from the showering painter, via a glimpse of his canvases, to a blue pool…into which four young men, unclothed and unabashed, take a slow-motion plunge.”