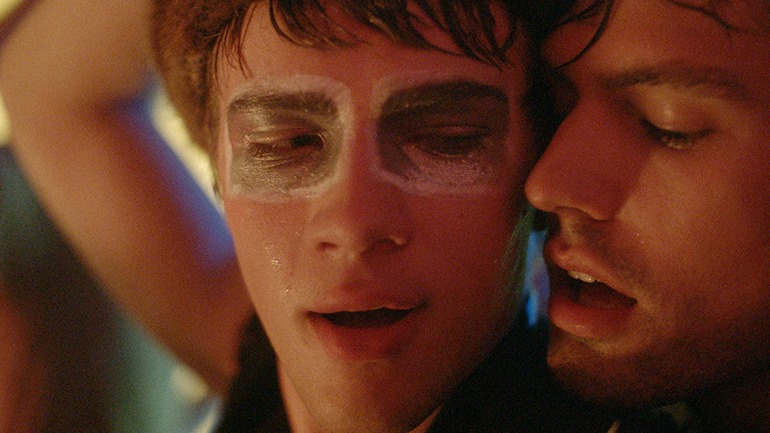 Stephen Dunn, 2015, Canada, 90 min.
Fantasy sequences, a talking hamster, and sometimes violent imagery sprinkle the film debut from director Stephen Dunn. Closet Monster follows Oscar from boyhood and his parents’ messy divorce to adulthood and sexual urges toward his coworker, aptly named Wilder. As a boy, Oscar witnesses three kids attacking another for being gay, leaving the teen paralyzed. This event, along with his mother abandoning him, affects the close bond he once shared with his father. Forced to suppress his emotions, Oscar turns to his hamster Buffy (voiced by Isabella Rossellini) for guidance and emotional support as he enters adolescence. As Oscar’s sexuality is awakened by Wilder, his relationship with Bu y reveals jarring truths. (David Gonzalez)

Preceded by: A Doll’s Eyes (Jonathan Wysocki, 2016, USA, 12 min.) Haunted by the movie ‘Jaws’ since childhood, a lmmaker discovers why the movie affected him so deeply.