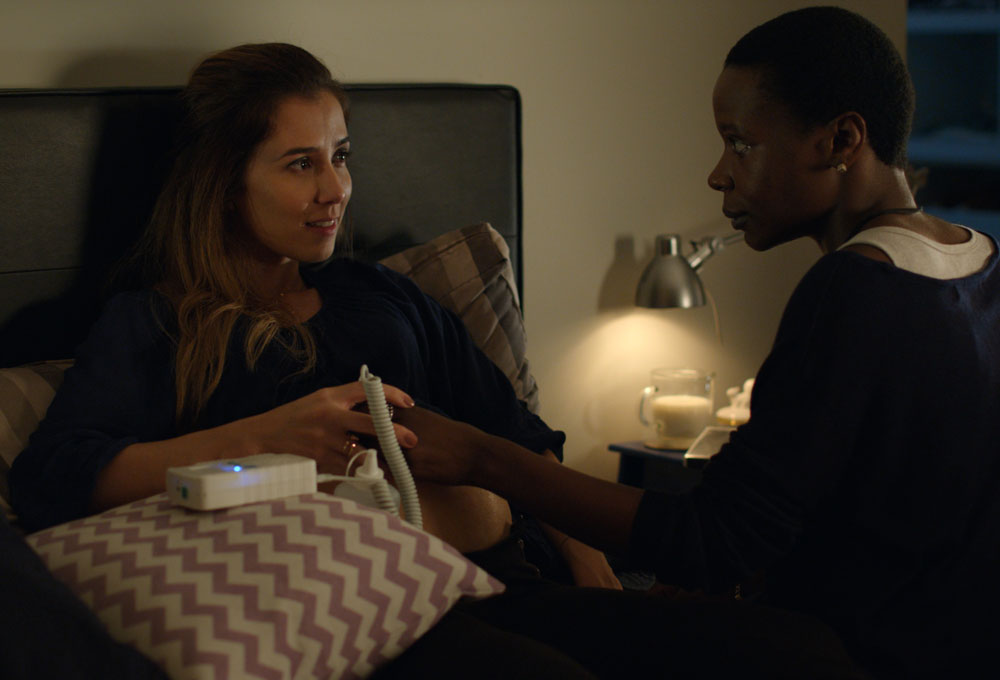 It is an ambitious filmmaker that seeks to make statements about race and class in the context of a quasi- horror film. Juliana Rojas and Marco Dutra have done just that, and more. Not only is there a rather obvious undercurrent of social consciousness in this cleverly executed spin on werewolf mythology, there is also an elevated sense of aesthetics and tenderness woven into a powerful love story. Clara is poor, Black, and so desperate for work that she takes a demeaning job working for what appears to be (at least on the surface) an entitled, self-absorbed wealthy, pregnant white woman. Make no mistake – nothing in this story is what it appears to be. The surface is just the place to dive into while getting to the surreal and profound rest of the story. Rojas and Dutra have a keen eye, a deft feel for storytelling, and they top it all off with a gorgeous soundtrack, and impressive CGI technology, tying up all the loose ends in this sexy, scary, gut-wrenching adventure. (SH)

In Portuguese with English subtitles.