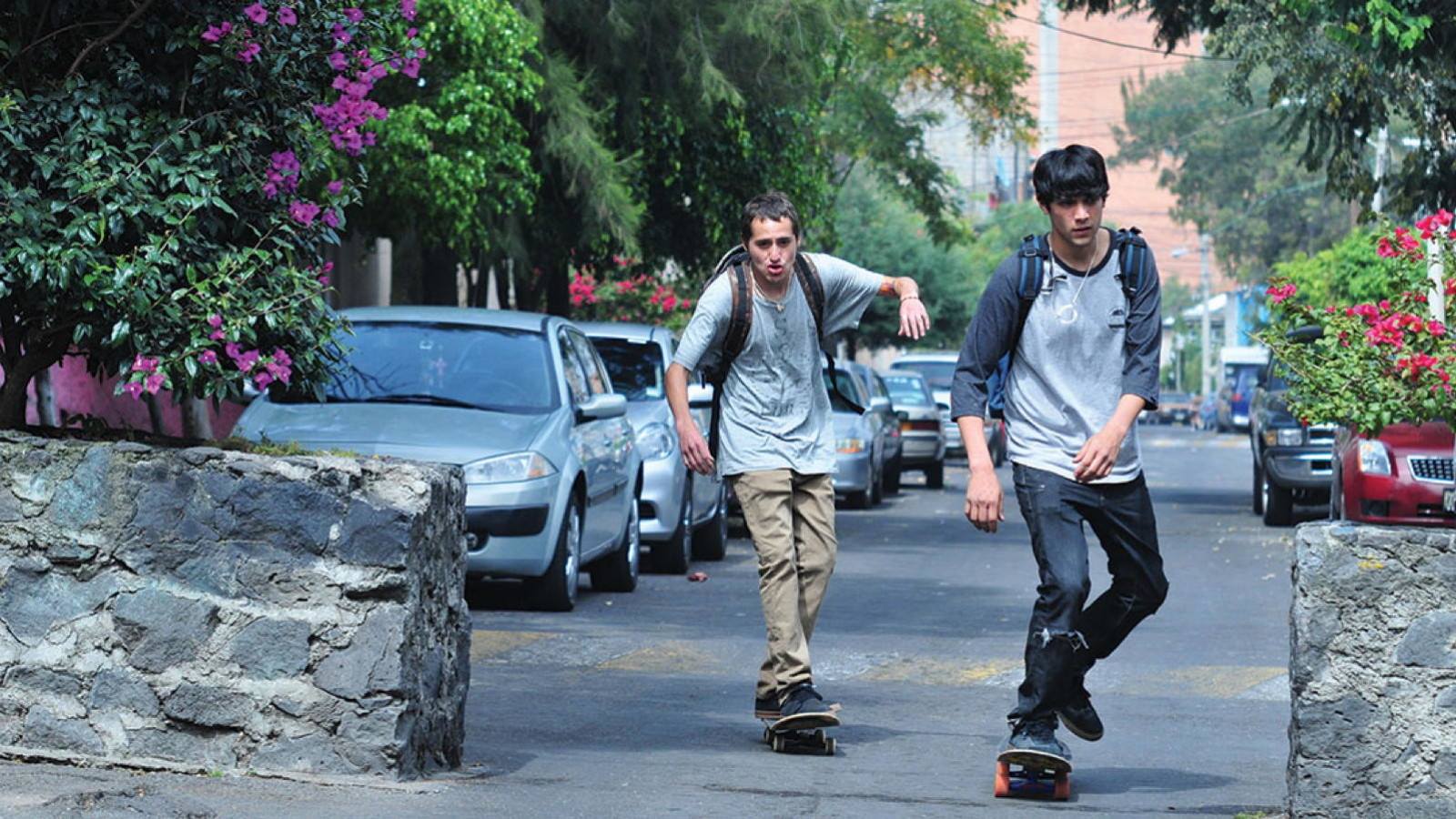 Julio Hernández Cordón, 2015, Mexico/Germany, 100 min
Middle-class skateboarder Miguel is having a torrid love affair with Johnny, the son of the family’s maid. Johnny is bisexual and also has a girlfriend that Miguel is jealous of causing heightened tensions between them. The couple make their living in the gritty underbelly of Mexico City wrangling up cattle for milking – a term that describes blood donations on the black market for use by drug cartels. Hoping to make a big score, Miguel and Johnny round up 50 donors for their contact Gabriel’s cousin. The deal goes south when the truck carrying the cattle goes missing. Afraid they were accessories to a mass abduction common in Mexico, Miguel and Johnny confront Gabriel with deadly consequences. (David Gonzalez)

In Spanish & English with English subtitles.