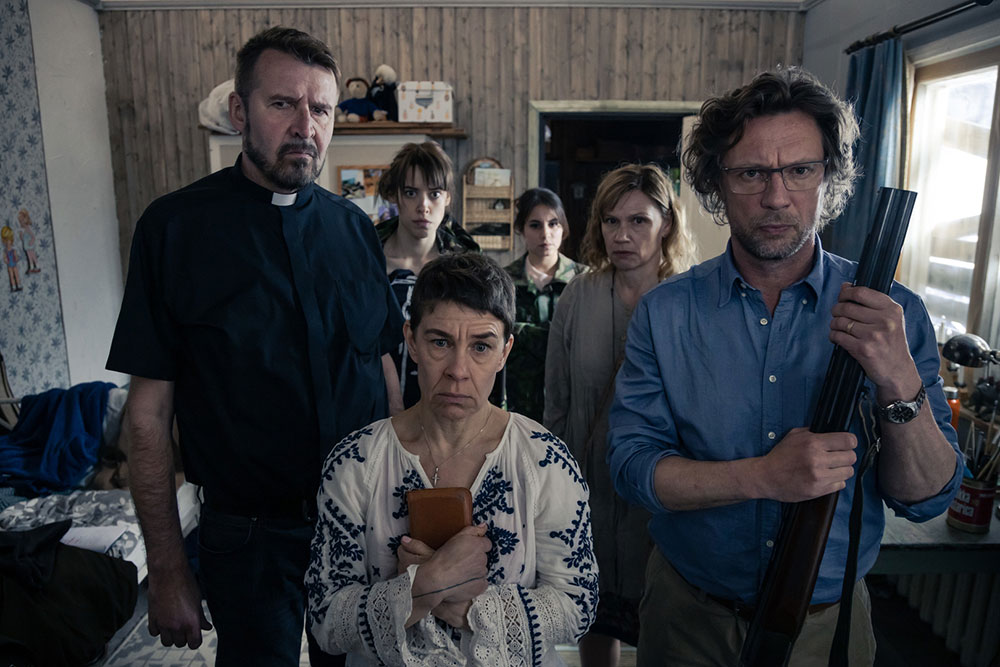 Mervi and Kata, a lesbian couple living in Helsinki, are considering coming out of the closet but when they visit Mervi’s hometown and family, all hell breaks loose. Everybody’s a hypocrite and nobody’s opinion is spared in this equal opportunity satire in which a family of queer-friendly, multi-cultural liberals are trapped inside their house by a mob of neo-Nazis outside. Loyalties are tested, promises are broken, and secrets are revealed as the hostages begin to turn on each other in a microcosm of the world’s conflicting viewpoints and prejudice. Veering wildly from farcical humor to moments of sincere revelation, Finland’s take on the “Not in my backyard” phenomenon is like JoJo Rabbit meets The Birdcage.