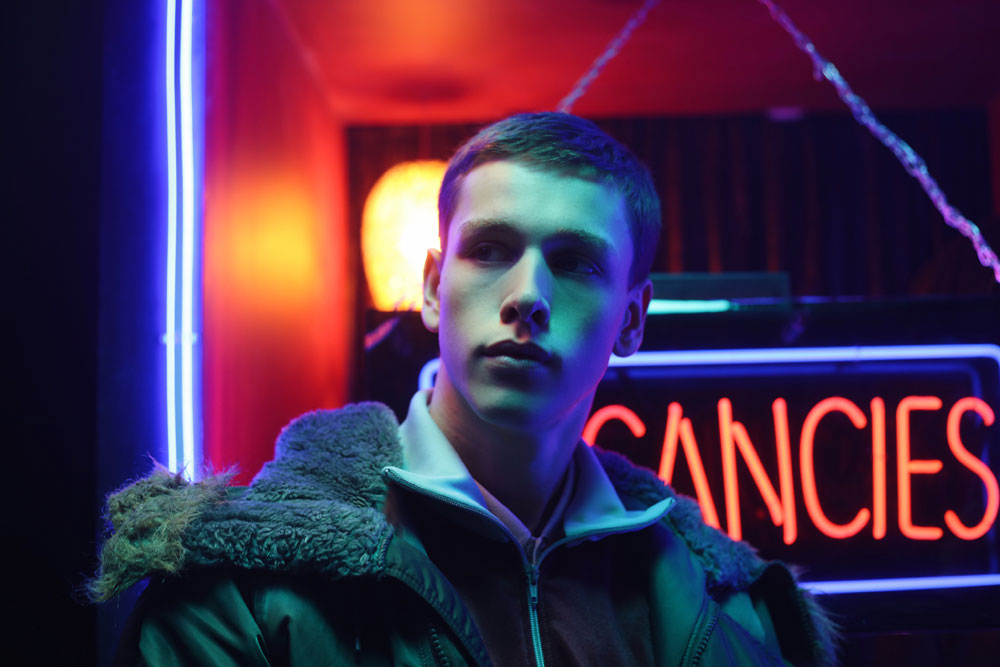 This highly stylized visual feast follows Jim (Harris Dickinson of Beach Rats fame) as he moves away from his family home in Essex to follow his artistic dreams in London. Upon arriving in Soho, Jim encounters a group of high-class male escorts, the Raconteurs, whose specialty is post-coital intelligent conversation. Having just lost a member of their group, they see Jim as a potential replacement, but not just anyone can “drag male prostitution into the 21st Century.” Jim takes his training well, and soon catches the eye of a local artist wishing to make Jim his muse – the proverbial pedestal of a rent boy’s career. There’s just one problem, Jim’s fainting spells at the mere site of great art. (DG)

A personal exposition on what it means to be “Out.”