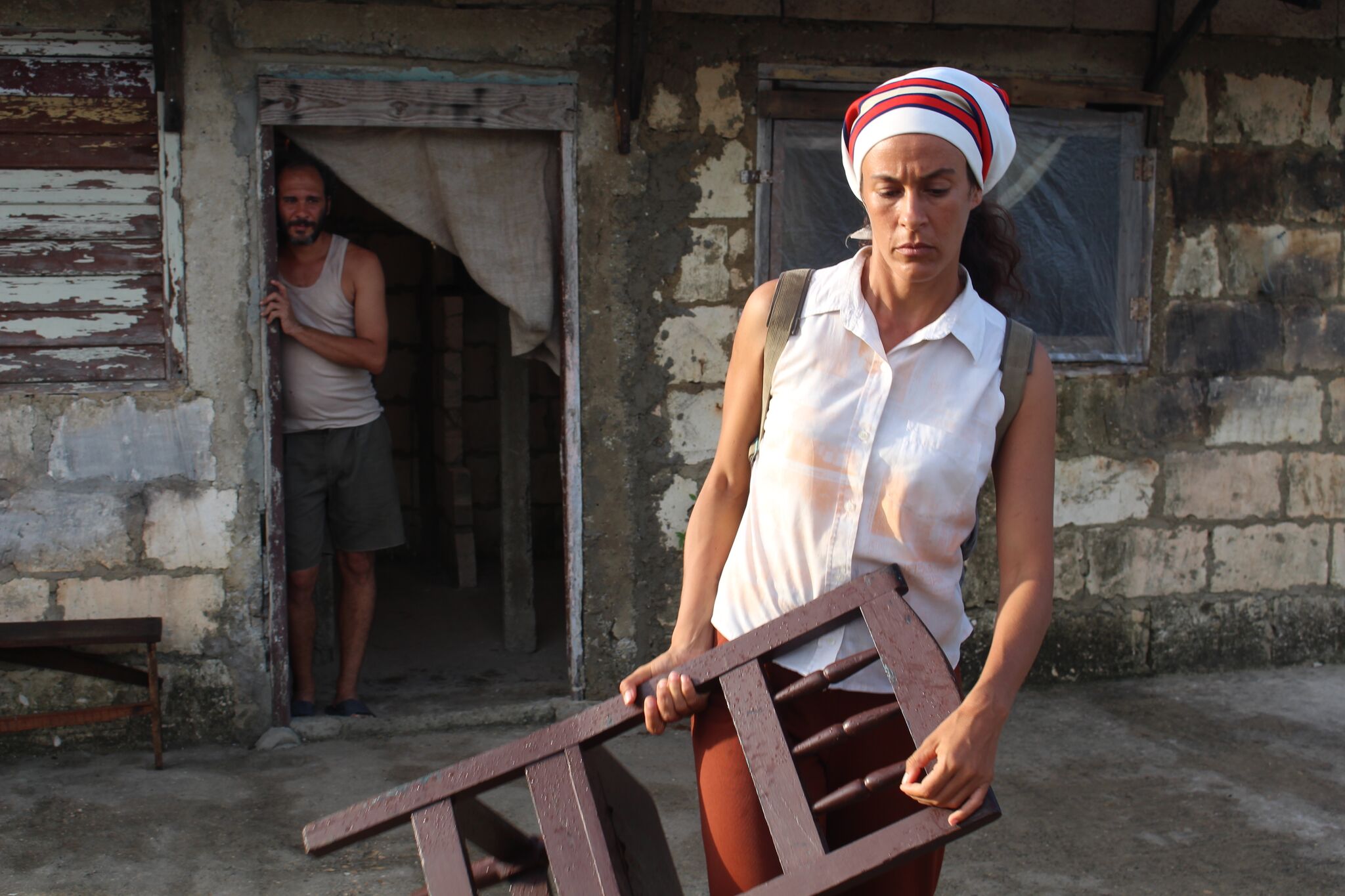 In 1983, Andres (Eduardo Martinez) is banished to a run-down shack on a hillside just beyond a view of the sea. His crime? He is a homosexual and a counter revolutionary writer. His work is labeled dangerous by the revolution and he must be watched carefully during a “peace forum” to ensure he does not gain the attention of the foreign press, an absurd idea given his meager means of survival. Santa (Lola Amores) is a local peasant woman ordered to keep an eye on Andres. Both battle their own demons of grief and loss, but the aching need for connection pulls them together in a friendship that cannot be defined by a cultural divide bred in fear and desperation. The beautiful Cuban countryside and inspiring soundtrack of Cuban music beautifully contrasts the seething, quiet despair of two people cast into lives they did not choose. Carlos Lechuga’s (Melaza) second feature is a beautifully sculpted testament to the power of compassion and human connection. (SH) In Spanish with English subtitles.