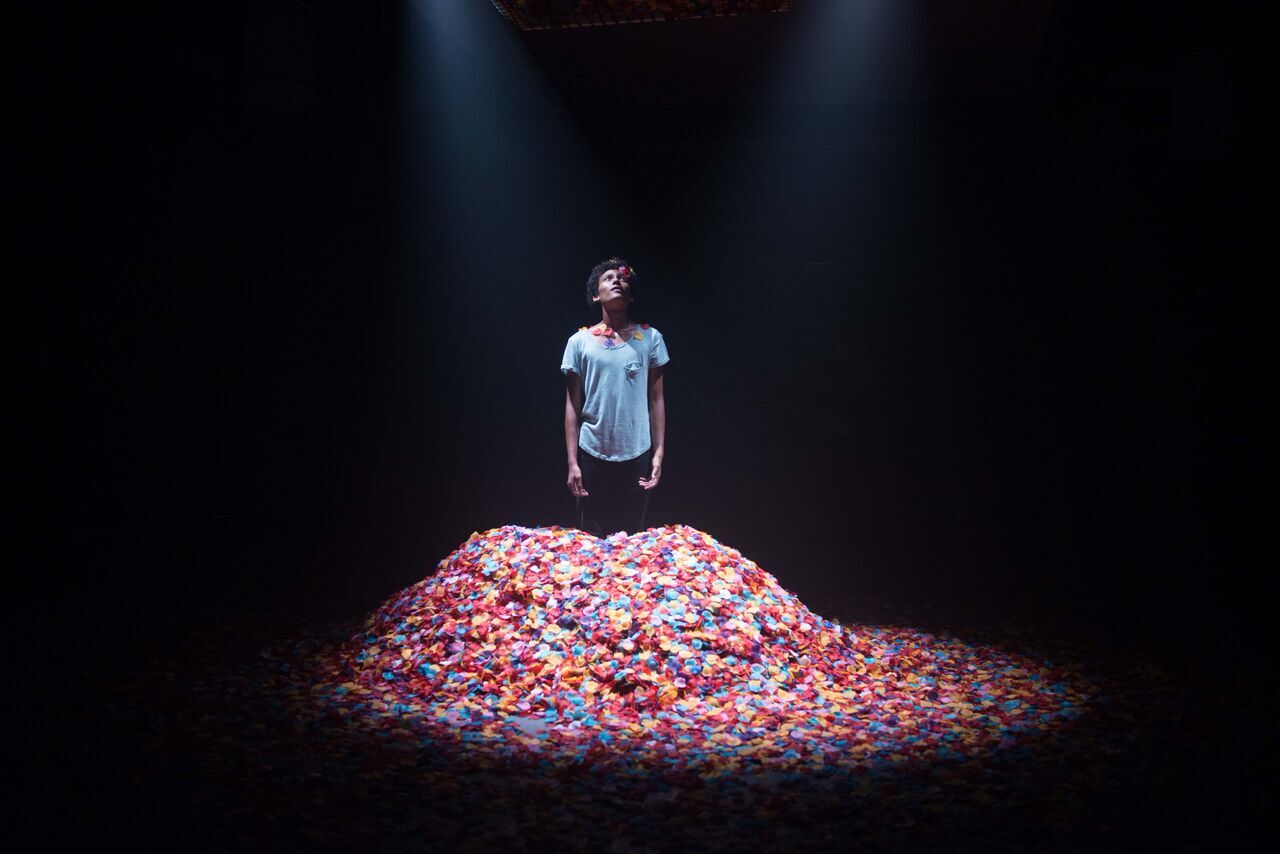 Brokenhearted after the death of his father, Ulysses (Luka Kain in an achingly thoughtful performance) is more alone than ever in his New York apartment with his mother and his brother. He is working through his sexual and gender identities, is bullied at school, and must now face the overbearing scrutiny of his Aunt Rose who agrees to help out the family by keeping her eye on the boys. She abhors Ulysses’ penchant for his mother’s clothes, to the point of tearing the family apart. After running away to escape the torrent of his aunt, Ulysses winds up on the streets in the West Village where he meets a sympathetic foursome that includes big-sisterly Ebony (MJ Rodriguez), Dijon (Indya Moore), Heaven (Alexia Garcia), and Raymond (Marquis Rodriguez), whose gentleness and obvious attraction to Ulysses injects a sweetness to the story and into Ulysses’ life. There is just enough music in this musical narrative to enhance the story and the singing is terrific in an uncomplicated delivery with the right emotional touch. (SH)