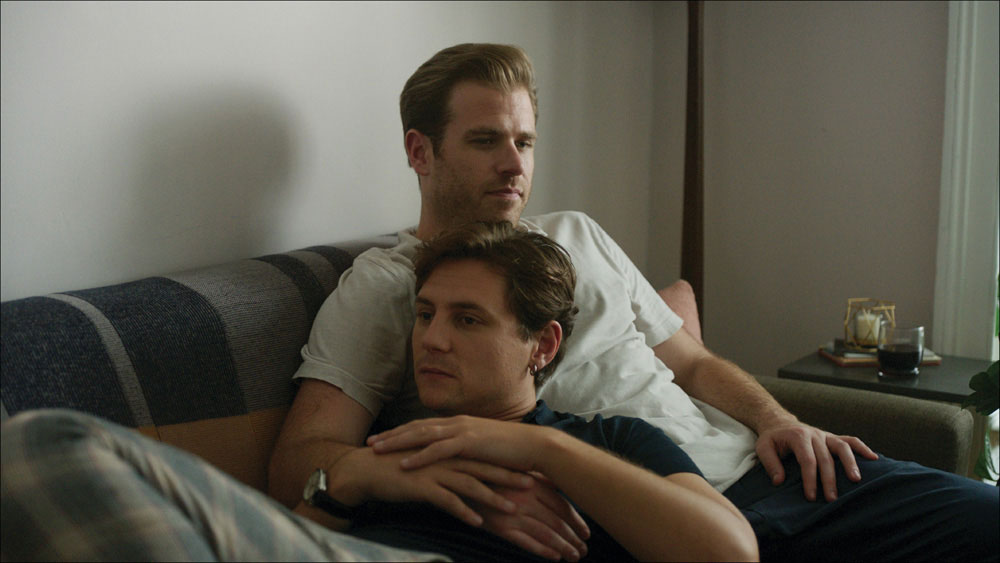 Sell By is a charming ensemble comedy with a great cast and lots of fun! Adam and his insta-gay boyfriend Marklin have been together for five years. They love each other, but … their relationship is so bored and aimless, they consider marriage just because “it’s time.” The women in their lives are their best friends. They are caring and devoted and have their own love issues. While BFF Cammy looks for Mr Right, Haley deals with a teen hunk who has the hots for teacher.

They are an enjoyable bunch, navigating the precarious journey toward middle age, and we can’t help but like them, despite their flailing attempts at finding themselves. Filmmaker Mike Doyle is a veteran actor, spreading his wings in his directorial debut. He has a strong ensemble cast to christen his film, featuring Scott Evans (Grace and Frankie), Augustus Prew, (About a Boy, Kick Ass), Patricia Clarkson (Sharp Objects), Kate Walsh (Grey’s Anatomy, 13 Reasons Why), Michelle Buteau (Always Be My Maybe) and Zoe Chao (Where’d You Go, Bernadette?).

Cast members from the film are scheduled to attend.

Reception sponsored by PNC. Come early to get the 30th festival started with an outdoor kick-off party
starting at 6pm in front of Tampa Theatre. We’ll have drinks for donation, complimentary light bites, and DJ Hural Knight.

WHAT THEY ARE SAYING ABOUT SELL BY

“Captivating, heart warming and relatable, Sell By is the rom-com you didn’t realize was missing – and you will be thankful you found” – Stephanie Archer, Film Inquiry

“Sell By is a film that checks off every box, delivering a truly modern rom-com of the time” – Stephanie Archer, Film Inquiry