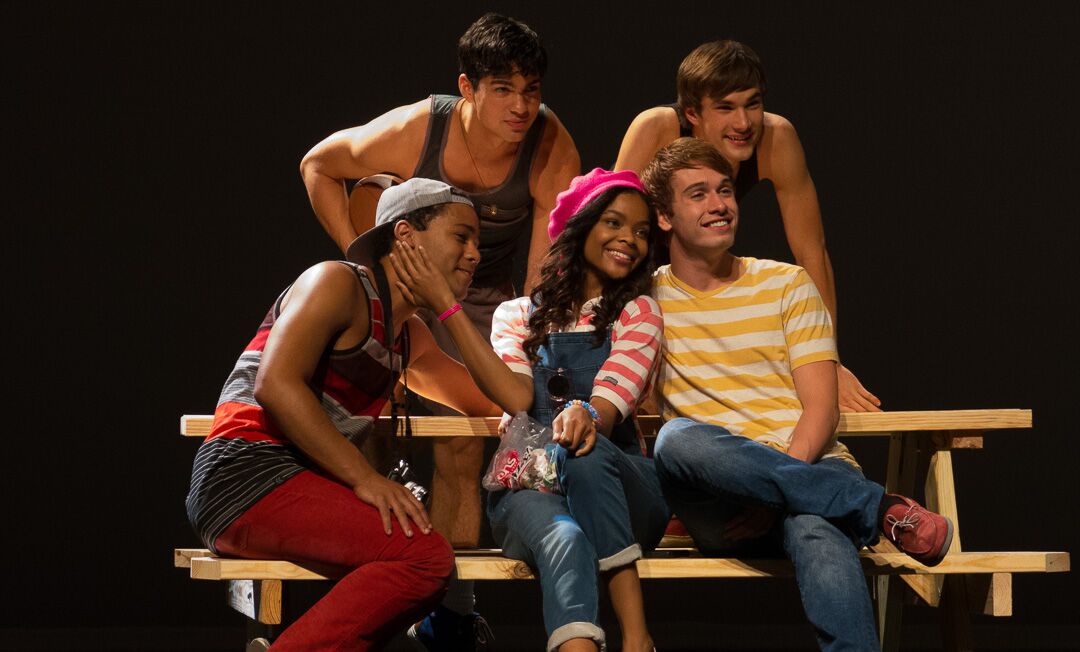 Ben is obsessed with the new guy in town Tim, aka Blue Shoes, and he engineers an ‘accidental’ meeting with him. Under the guise of nursing Tim back to health, the pair embark on a secret relationship, hiding from Tim’s very Catholic parents and football buddy Bryce. When their sneaking around is discovered, Tim breaks it off and Ben heads off to college with best friend Allison in order to move on. A trip back home introduces Jace into Ben’s life and they live in blissful happiness, until Tim learns of Ben’s return and sets to win him back. Masterfully told in fantasy musical sequences with a theatre feel, SOMETHING LIKE SUMMER, is based on the first book of the wildly popular and award-winning “Something Like…” series. (DG)