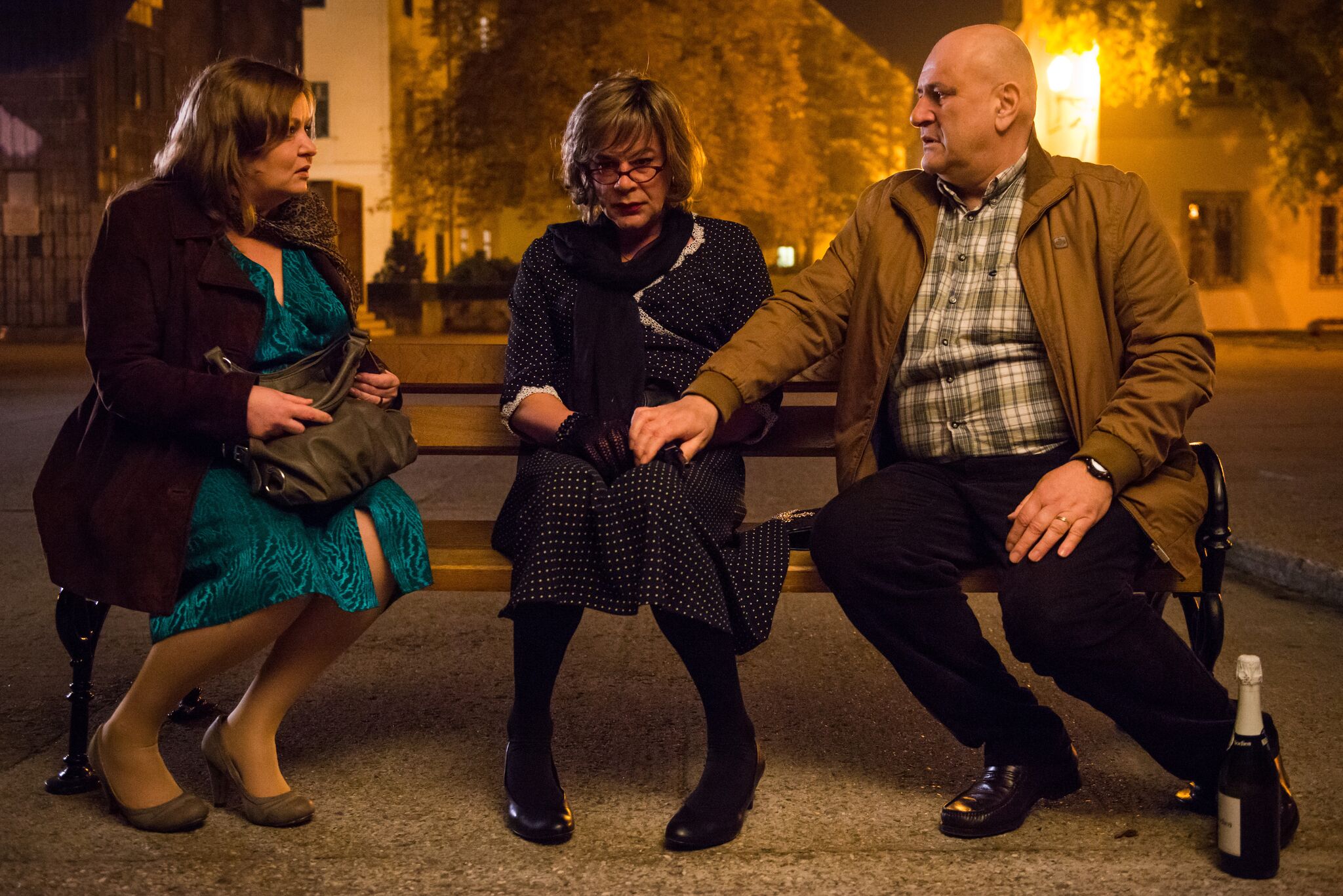 Ethnic hatred is so entrenched, so wired into our brains, it prohibits all ability to draw parallels, to challenge hypocrisy and ultimately to forgive. Unless, it is masked behind an altruistic instinct that demands our attention. This beautiful film from Croatia coerces open the doors of humanity and humbly challenges the DNA of hatred. Four people live in an apartment, divided by ethnicity, by history and by prejudice. Ante and his wife Maja, a blue-collar couple in a small apartment are givers, by nature (she’s a nurse and he is a cop), without regard to ethnicity or sexual orientation, for that matter. Vjeko and his father are a bitter pair, churning with acrimony and codependency. Vjeko is an academic, a scholar and a gay man who relishes his time as Katerina. When a need arises, Maja is there, rationalizing her response as a means to wriggle Vjeko’s apartment from him before his death. There are no neat and tidy answers here. Prejudice is not eradicated in 90 or so minutes of film. However, a touch of compassion, a need for companionship and the wisdom to recognize both can be a so very important first step. This film, like life, is inspirational, sweet and oh, so complicated. (SH) In Croatian with English subtitles.