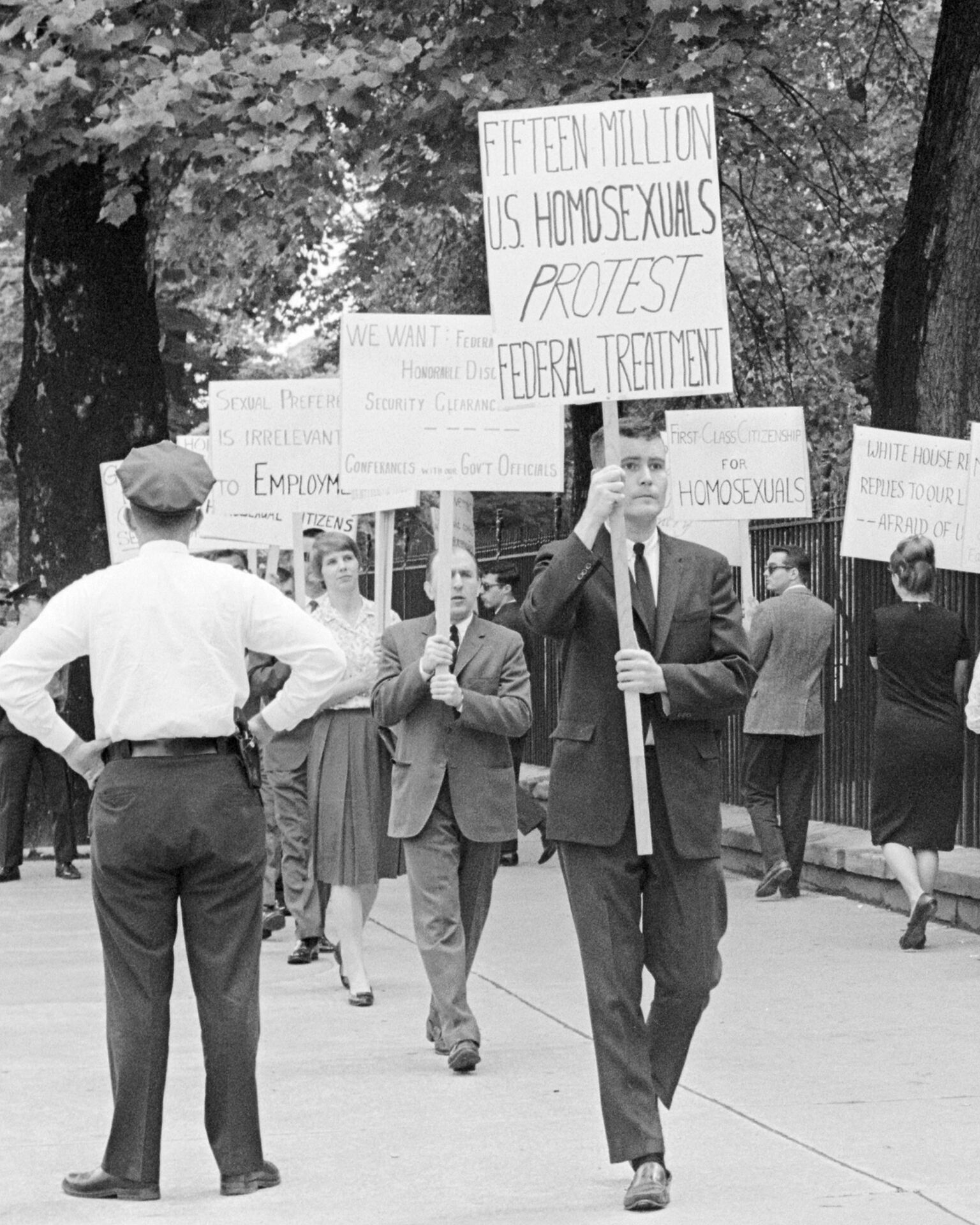 David will be doing a Book Signing, after the film Q&A, out front of the Theatre.

Based on the groundbreaking book by USF professor David K. Johnson, the parallels in this historical documentary are more relevant today, than any of us want to think about. A movement started with assumptions born in bigotry and fueled by fear, and led to the persecution of thousands of gay men and lesbians that lasted for decades. Johnson’s book, published in 2004, opened a part of history that has been veiled and even overlooked in the historical account of Joseph McCarthy’s infamous witch hunt against his perception of subversives to the security of the United States. Johnson accessed newly declassified documents, spent years researching the records of the National Archives and the FBI, and interviewed former civil servants to create an unprecedented account of government sanctioned discrimination that ruined the lives of thousands of people and sent millions deeper into secrecy and fear. Over ten thousand government employees, military personnel and civil servants were questioned, threatened with exposure and shamed into resigning from their jobs.

Justin Howard’s film took years to complete and is a compelling montage of interviews, documents and footage that weaves a comprehensive accounting of not only the history of persecution, but the personal toll of decades of recrimination. Howard describes the film as a story of tragedy and triumph. The tragedy is there – investigators bragging that they were ridding the government of perverts that were undermining the moral decency of the country. If they ended up on a “bread line,” so be it. If they took their own life, as many did, then there was one less pervert in the world.

Thankfully, Howard showcases the triumph, as well. As our LGBT history has taught us over and over again, it takes just one person to start a revolution, and during the Lavender Scare, that one person was Frank Kameny. Frank was a good Jewish boy who grew up with aspirations of becoming an astronaut. He was a brilliant astronomer, a faithful servant of the United States Army, and a Harvard graduate who taught at Georgetown University before he was ousted for being a homosexual. Thousands before him had retreated into the shadows but Frank began a lifelong campaign that earned him the status as the “grandfather of the gay rights movement.” Kameny’s story is the heart of the film and the inspiration for all that has been accomplished in the last twenty years. More important, it is a testament of the sacrifices to achieve those accomplishments. And more than just paying homage to a period in our history, it is a reminder to stay vigilant to what lies ahead. (SH)

In the 1980s, civil rights activist Bayard Rustin had a boyfriend, Walter Naegle, who was 30 years younger than him. Since gay marriage was not an option at that time, Rustin adopted Walter to provide legal protection for the man he loved.