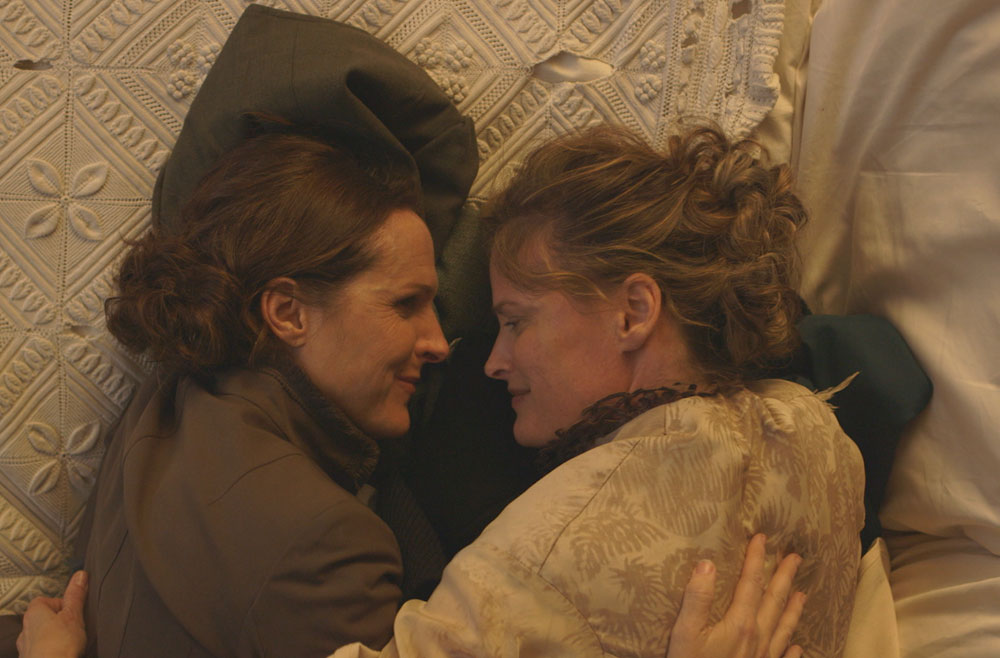 Finally, Emily Dickinson as we always knew she must be – a passionate, funny, endearing woman in love with Susan Gilbert. Molly Shannon’s Emily throws her bloomers over her head and dives into the pleasures of stolen kisses and red-hot passion, despite the trappings of petticoats and the oppressive roles for women. Bringing a refreshingly comedic take to the biopic genre, director Madeline Olnek (Codependent Lesbian Space Alien Seeks Same, Foxy Merkins) has outdone herself with a quirky yet loving look at the comings (ahem) and goings of a feminist hero ahead of her time. Olnek playfully mocks the Victorian life and still manages to highlight the genius and playfulness of a brilliant mind. Molly Shannon characterizes the “reclusive spinster” with an energy that pulsates just below the surface, filling up the screen with electricity that is not so much felt as it is sensed.

The story is told by Mabel Todd who published Emily’s poems after her death. Todd claims to have had a friendship with Emily and, in fact, did not know her at all. Because of her affair with Emily’s brother, Mable got her hands on the poems and found a way to promote herself while spinning revised titillations of the elusive Emily Dickinson. Portions of Emily’s poetry are presented throughout the film through voice overs and written texts with a particularly poignant representation of “I died for Beauty, but was scarce.” The publisher of the Atlantic Monthly, T.W. Higginson finally reads her poetry and says, “When I read your poetry, I’m left feeling, well, I can’t say what.” Therein lies the brilliance and the mystery of the poet, the lover and the woman so woefully misrepresented. (Sunny Hall)

Morning-after truths can be a challenge.