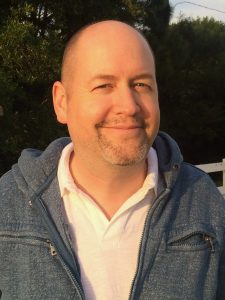 are excited to announce our NEW Program Director, Derek Horne.
Derek has an exciting vision for the future of TIGLFF programming, where we will showcase, fun, exciting, touching, raucous, meaningful and even some edgy LGBTQ cinema.
Derek has been working with film festivals for over two decades starting in the Filmmaker Services Department at the Sundance Film Festival in 1998. He has programmed for film festivals coast to coast from Newport (R.I.) to Newport Beach (CA.). He has been the Director of Programming for the Hot Springs Documentary Film Festival in Arkansas, the Santa Fe Independent Film Festival in New Mexico, and most recently the Annapolis Film Festival in Maryland.
Derek was the Film Coordinator at Chapman University’s film school for over ten years handling the marketing and distribution of thousands of student films and promoting the careers of many talented emerging artists. Derek has also worked in film acquisitions with Atom Films, Magnet Media, and Shortbuzz/iCast.
He was the founding editor of Kodak’s student filmmaking magazine the “Campus Beat” and has written about film for IndieWire and FilmInk.
Derek is married to the movies, though the current love of his life is his sister’s labradoodle, Jazzy. Originally from Sarasota, Derek is currently bi-coastal between LA and Maryland. A reformed technophobe who is being propelled forward to bring the festival online, Derek is excited to be joining TIGLFF.
Scroll To Top
Send this to a friend